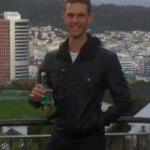 My girlfriend and I climbed Mt Kilimanjaro with this company in January 2013 and can’t recommend it highly enough to others contemplating the same. With so many companies to choose from on the web we were a little overwhelmed when planning and struggled to separate the quality from the hordes. Although there aren’t really many reviews of this company yet, Faustin (the owner) has experience in guiding and arranging expeditions for over 10 years and runs a well-oiled operation.

We basically said we want to climb on X date and he arranged it for us, it was really flexible and we received replies to our emails quite promptly. He was also able to provide information on each of the routes and make recommendations depending on what experience you’re after. We were the only people climbing initially, but when we arrived in Africa another traveller had driven in from Kenya and bought into the trip on the spot. This was actually a good thing because it gave you more people to talk to on the way up and another person to split the tipping with (more on that later).

We spent two nights acclimatising in the company’s lodge in the foothills of Kili before we went up. The lodge is really comfortable and the food prepared by Chef Alex was fantastic. Alex also accompanied us on the climb to prepare our meals. On the mountain his attention to detail in preparing a balanced, nutritional meal 3 times a day and at each different altitude was much appreciated. There were carbs when you needed sustained energy, protein to repair and prepare you and fresh fruit brought up to the camps regularly by the tireless porters.

On the climb, guide Leon taught us basic swahili; greetings, compliments (especially for the food) names of different jobs, as well as some of the local culture and customs which proved invaluable both on the mountain and later in our trip when in Zanzibar. He was also able to gauge how we were all going and speed up or slow down the climbing legs for each individual via an assistant guide, depending on what you needed at the time. He also had a good botanical knowledge of the various examples found at the differing altitudes.

The accommodation tents were always clean with (warm!) washing water and soap provided before every meal. If you were travelling in a group you shared, if you were solo, you had a tent to yourself. Although the walls of the tent are like any tent and don’t keep out noise, I slept “like a fat baby” each night after the walks, so the various happenings of other groups at the campsites weren’t a problem.

Remember to take money with you on the mountain for tipping the crew of porters, guides and cooks that get you there, and confirm with your guide when you leave the gate how many porters you have. The tips are paid directly to the porters on your second last or last day after you’ve reached the summit so keep tabs on how many are looking after you to avoid being surprised. You read about people getting ripped off on this aspect, but it’s not the case with this company. Ask and you will be told. Don’t ask and you will be surprised. We had fifteen porters for three of us, plus two guides and a cook. It seems extravagant but after chatting to other climbers, this was a normal figure.

Pricing of the trip was quite reasonable with an airport transfer, meals, accommodation at the lodge before and after the climb and a local cultural tour (not including museums) included. The return airport transfer wasn’t included but it wasn’t expensive. The company can also rent equipment to you if you want to save space in the luggage. We rented snow jackets, pants, poles and a few other bits and pieces (gaiters etc.) and found them to be of good quality and in good repair.

Thanks Faustin and the team for a successful climb and an unforgettable experience!